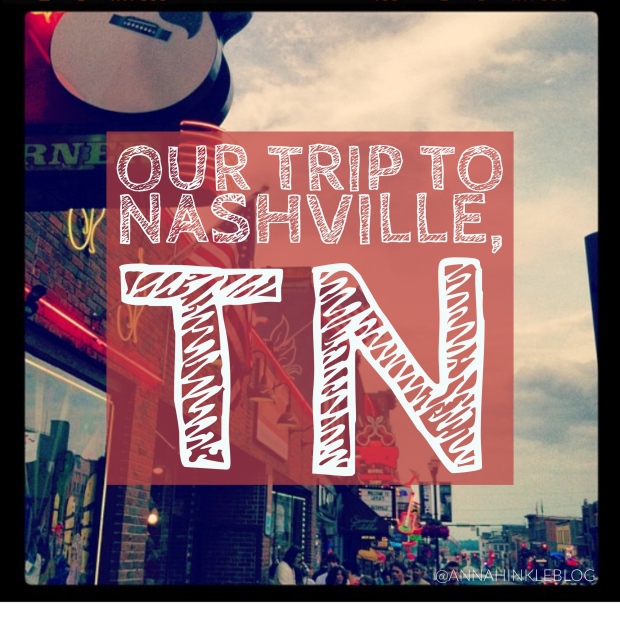 Todays’ blog post is a flashback Friday, because well, life has been crazy busy! This post is from the original blog that I had a few years ago and I always find myself referring to it when people ask for recommendations. Nashville was one of our favorite trips! Now thinking about that, we may say that about all the places we have been. But, this one isn’t too far away from PA and is a perfect trip for a long weekend. Funny enough, Nick was then just my boyfriend and looking back, this was the trip that sealed the deal for me! I wasn’t letting him go after how much fun we had on our first road trip together. Read on for the whole story! 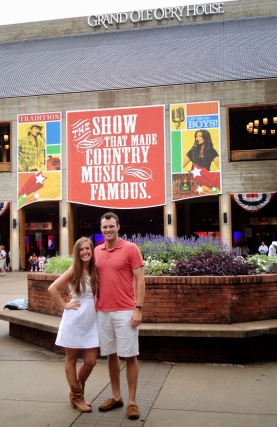 If you know me well, you know I always talked about going to Nashville. Last spring, I was telling Nick all about how I wanted to go and to my surprise my non-country listening boyfriend said, let’s go! By doing some research we found that Nashville has a “Music City July 4th” festival every year with all kinds of free music, fireworks and more! So we decided to plan our trip during that time and I waited patiently for July to come.

July was quickly approaching and as always I was on my computer doing research on bars, restaurants and other things going on in Nashville. I stumbled upon the Grand Old Opry and realized that Carrie Underwood was in town performing one evening during our stay. Of course, I got really excited and then went to work asking the girls if they thought I could convince Nick into going to see Carrie with me while we were there. Their response was, “What guy wouldn’t want to watch Carrie?”. Knowing that I’d see Nick that evening, I had my speech ready to try and convince him that we needed to go to the Opry! In the middle of my begging, he had a big grin on his face and asks me why I always ruin my own surprises. Which is true, I accidentally always do this! Apparently, he had already gotten the tickets and was going to surprise me when we got there!!! Have I mentioned how great of a guy Nick is?

The day we were leaving arrived and I had my cowgirl boots packed up ready to go! The drive there was pretty easy and not too. too long. As always, we had fun killing time listening to the 7 mix CDs I had made for the trip. We stopped for a while on Kentucky Bourbon trail for exploring and got to our hotel in no time!

I’m pretty sure the rain started as soon as we arrived and would only stop for short amounts of time during our entire trip, but we tried not to let it damper our moods! We booked a hotel within walking distance to Broadway (strategically) and did a lot of exploring. I’ll break it down by the three best parts of Nashville.. the food, the bars and the music! 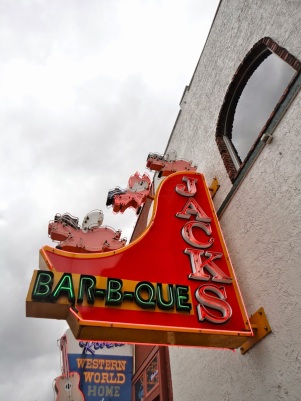 Food:
We ate very well during our long weekend. Some of our favorites were Merchants, 417 Union, and Jack’s. All of these places were downtown and were recommendations from others. We ate at 417 Union twice during our visit because it was so close to our hotel and delish! I would recommend their breakfast AND dinner. Jack’s had awesome barbecue food and we got there just in time before there was a line out the door waiting! Merchants had a throwback-cool vibe with awesome specialty drinks. 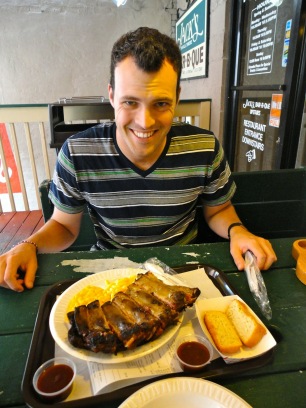 Bars:
The best thing about Nashville bars is the live music. The second best thing about Nashville bars is that there is NO cover charge. We did a lot of bar hopping down Broadway, which is what you are supposed to do right? Every bar not only had live music, but each of these cover bands were really good. Our favorites were Tootsies, Whiskey Bent Salon, and Silver Dollar Saloon. To say the least, we had a good time drinking, dancing and listening to the music. Not that into country music? That’s okay because a lot of these bands were playing rock too! The only thing I didn’t like about any of the bars is that when the bands were taking a break, they come around practically begging you for any cash you have. I guess that’s what will happen when they aren’t charging a cover at the door. We made plenty of friends from all over the states and we all agreed on something… we loved Nashville!!! 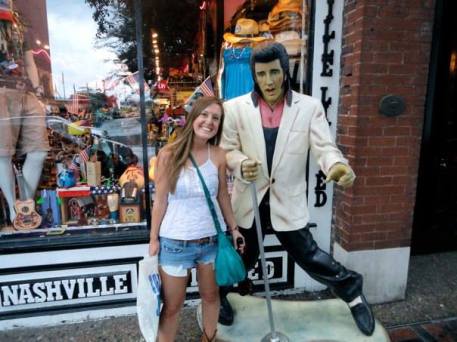 Music:
We were there during the Music City July 4th festival hoping to spend the day in the streets listening to band after band. Unfortunately, because of the rain, practically everything was canceled. Understandably so, because I sure didn’t want to stand outside in the pouring rain all day. They kept the main event scheduled which was The Band Perry and fireworks! We braved the crappy weather and joined the massive amounts of people and could pretty much only hear The Band Perry. It was still fun and we weren’t too bummed because they were playing with Carrie Underwood at the Opry the next night. Add in all the other music from the cover bands we had been listening to the entire time we were there and we were musically satisfied. I couldn’t wait to get to the Grand Old Opry. Talk about a cool experience. They have been recording live shows there since forever and playing them on the radio. All of the artists play a few songs then the next one comes on. Of course, between the artist’s commercials played. There were plenty of older country artists that we didn’t know, but the whole experience was unlike any other. The Band Perry was fantastic, but I was just so excited for Carrie. When she came on, the old people left and the young went wild. She is so unbelievably talented! While visiting the Country Music Hall of Fame, she was the featured exhibit. We got to see all of her stages costumes as well as some other things. The museum wasn’t my favorite compared to the Rock n Roll Hall of Fame, but still interesting. Anyway, after visiting Nashville it is very clear on why it is called Music City! 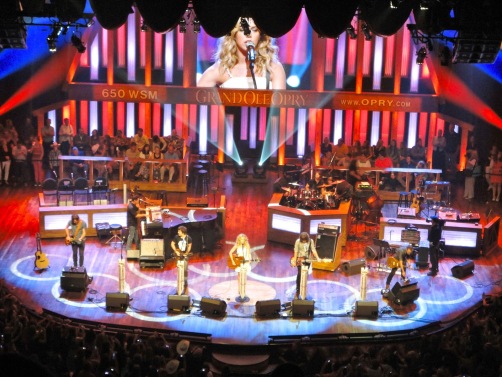 As you can see I have a lot to say about this weekend that went by way too fast. Nick and I still talk about how much fun we had there. We also continuously talk about how we can’t wait to go back! That’s all for now! XO

Hi, I'm Anna! Follow along as I navigate my way through motherhood, fashion and all things in between. Thanks for visiting!
Follow Anna Hinkle on WordPress.com